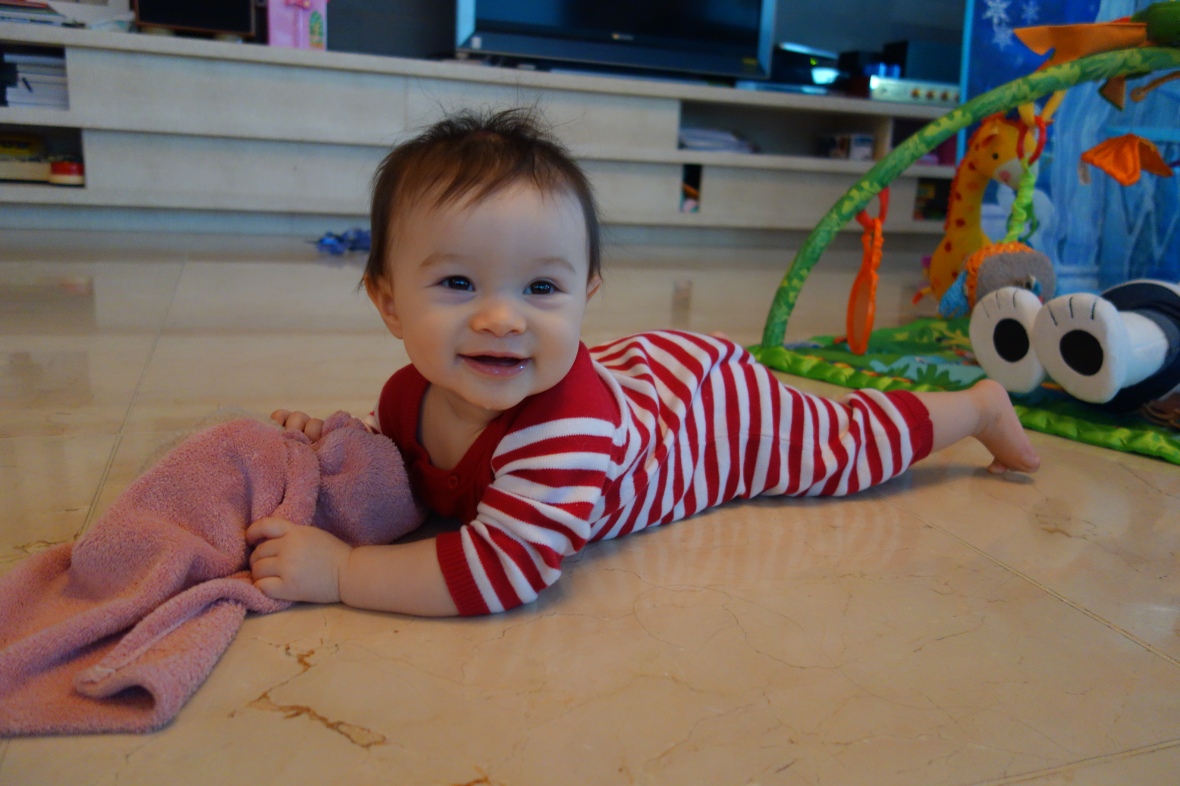 And just like that, the baby of our family is eight months old. She now crawls just like her sisters did at this age, which is by scooting on her tummy. She is full of smiles and has the sweetest disposition.

She has started sitting at dinner with the rest of the family in her high chair, where she feeds herself — favorites include macaroni pasta, steamed carrots and cereal that she gums, because she is still without teeth! (It’s really surprising for us since both her sisters had a first tooth by four months or so and four teeth by nine months.) She’s also later than her sisters on sleeping through the night, but we think it’s because just as she started making the full 12 hours without waking, we took her to the US and got her all jet lagged.

Speaking of sleep, Luna loves sleeping with her bunny (seen here), which is her lovey of choice. She is in a routine of sniffing it really hard before dozing off.